You may call them “bears” but inside of their stocky body they are mostly soft-hearted. Maybe some of you may think “gay stereotype” differently. You may find it hard to imagine these masculine, hairy, overweight guys as “gays”. But beware, the chubby grocer in your street, your neighbour with a moustache and a big belly or a young, athletic, hairy bulky guy next door can be a “bear”! 🙂

The biggest bear group of Turkey, İstanbul Bears has answered our questions, before the İstanbear Spring International Bear Festival on 4-7th April,2013.

-What’s the “bear” concept among gays?

Bear culture is an existence version of male homosexualism. It’s not structured or crafted by anyone as a “group” or a “choice”. The masculine male homosexuality’s terminologic name can be “bear”. Of course, when this “bear” term became a concept, being a bear or being fond of a bear became a trend. We can accept this as a “bear trend”. Bears does not exist in one shape or in one behaviour. Everyone can have his definiton of “bear” on his own. And also it’s possible that every bear is not fond of bears.

-“Istanbul Bears” was named “Anatolian Bears” before. Can you tell us about your history and also Bear Movement in Turkey’s history?

“Bear Movement” has started nearly in 1997-1998 when “Bears of Turkey Group” was founded. Community has started to know about us. In 2000, our group has seperated in two as “Anatolian Bears” and “Bears of Turkey” . Anatolian Bears has published their first-ever bear magazine Pençe (Claw). It was published as seven issues. In 2007 our group is called Istanbul Bears. Bears of Turkey group is still publishing  their cyber-magazine BEARGI. This is still the only magazine about bears in Turkey.

-In which events you guys reunion? In a year how many events can take place?

Not only in events but also in some meetings we reunion. İstanbul Bears come together as in real meetings or over Skype once a week. We come together also in Labour Day, Pride Week, Pride March, Bear Pride Week. And also we are organising events and working with foreign Bear groups from countries such as Germany, Spain, Italy, Greece, Portugal, Lebanon.

Of course our most valuable events are, our Istanbear International Spring Festivals which takes place on April and September. In the March 2012, we’ve organized our 10th festival.

We try to feature the non-govermental organizations also in our events. All foreign bear groups are also invited to our events in order to get connected with the movements in the world and get stronger. 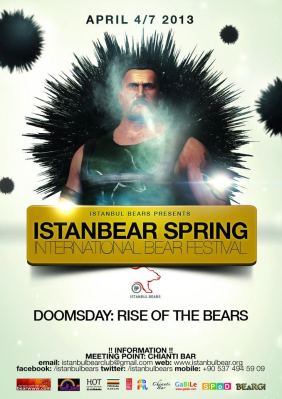 -What’s the difference of Bears in Turkey than a Bear in the other countries?

Because usually they are not reconciled with their homosexuality and also this “bear”ship, they are non-political. This is the main difference and also the biggest problem of Turkey’s Bears. What i mean by “political” is “gay politics”. To see homosexuality only as a sex act leads up to an ignorant point of view among these kinds of gays. In many other countries “bear movement” may seem “fun-purposed” but when it comes to defend the LGBTT rights they come together and fight. That’s something that we don’t have and suffer about. And also the perception of “bear” can be wrong as from this point of view. In the middle eastern countries and in the countries like Turkey, bears and also all other gay individuals may adopt society’s “manhood” definiton. This can be a big problem. And also this individual’s homosexuality becomes his camouflage tool. Inner homophobia can turn these people into their opposite. 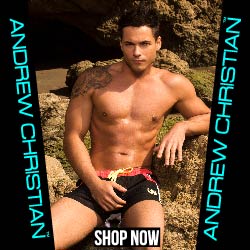