Israeli party promoter and one of the most sexiest gay men in the world, Eliad Cohen has visited Istanbul recently for his famous PAPA PARTY collaboration with Hip Sultan and Superfabric Club.

Turkey’s first gay lifestyle magazine G ZONE and GAYS OF TURKEY has interviewed with this hunk.

You are a Taurus. What do you like about being a Taurus and also dislike about your sign?

I definitely identify with my sign. The Taurus bull was my first tattoo. According to my sign, I am certainly dependable, independent and generous; but on the flip side I can also be incredibly stubborn. So it’s a blessing and a curse!

Spartacus Gay Guide discovered you when you were a bartender. What is the most interesting moment that you’ve witnessed while modeling?

Spartacus was without question a defining moment in my life. I was tending bar in Tel Aviv right after finishing my service in the army, and Spartacus scouted me while I was working. Not only did I not know what Spartacus was, but I had no idea the impact it would have on my life. From that experience, I had the opportunity to travel, which was the foundation of my business interest in creating a brand that united people from various cultures and counties around the world.

You are traveling a lot because of your job. Have you ever been to Turkey before? Which country do you like most from your trips?
Also which country has the hottest guys?

I have been to Turkey before, but only for a short period of time. I’m really excited to visit again, and to bring PAPA to Istanbul! There are so many similarities between Turkey and Israel culturally and historically, so it feels sort of like home. I definitely travel all over the world, and I have seen incredibly attractive guys in every country. But, I have to say that Brazil really does have some tremendously good looking citizens.

You know Turkey is -almost- the homeland for the mustached guys 🙂 How did the mustache idea come up for the PAPA brand? Also why did you choose PAPA as your brand name?

As I mentioned before, Israel and Turkey share many cultural traits! Notably, the mustache being a Middle Eastern icon for ages. PAPA is a party that channels a lot of masculine energy, though our parties are packed with people from all over the spectrum. But our particular mustache and the name PAPA have become synonymous with a party that embodies a certain energy. And it’s working after producing this event in over 50 cities on 5 continents. The name PAPA…the best explanation I can provide is that it is easily understood and communicated irrespective of language. Whether we are in Beijing or Istanbul, everyone can say PAPA.

How do you keep your shape? During your travel do you taste local food delights?

I learned the basics of physical fitness while serving in the army. And that experience would follow me long after my service ended. There are so many things in life that we have no control over, but taking care of yourself is not one of them. Regardless of what is going in my life, where I am traveling, or what the gym looks like, I always find time to sweat every day. Keeping fit makes you happier…and makes you look better. And I have never met a food that I did not like. 🙂

What are your new year resolutions and also 2015 plans?

I guess I’d have to say that in 2015, I plan to work on being more patient…which apparently is a big part of being a Taurus. I’m always on the go, so I expect everyone around me to work as quickly as I am. But sometimes that’s not feasible. So my New Years resolution would be to slow down a bit.

About Turkey, what excites you most? In your mind, how do you imagine Istanbul?

I don’t think I can speak to all of Turkey, but I’m super excited to visit Istanbul! It’s the cradle of civilization! The Hagia Sophia, the Blue Mosque, the spice market, the Roman aqueduct. There is so much to see in such a short period of time!! I can’t wait! 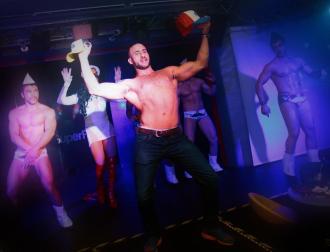 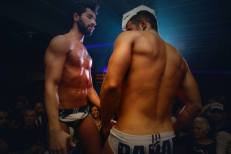 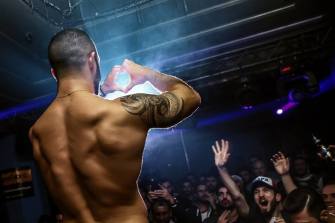